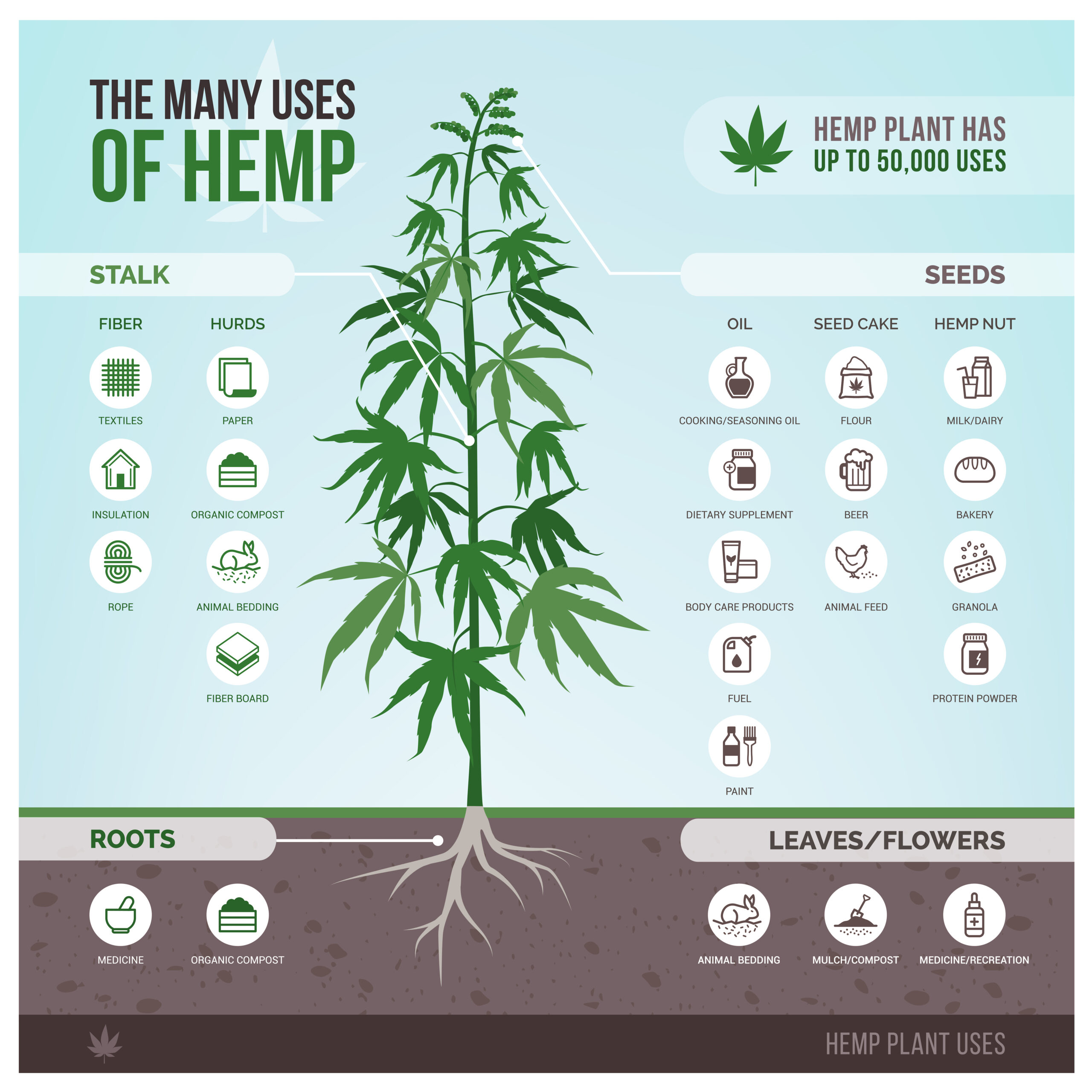 It can get a little confusing. Although they are the same species of plant–Cannabis sativa L.—industrial hemp is non-psychoactive, meaning it is useless as a recreational drug. One of the key differences is the amount of THC that is in hemp versus cannabis used for marijuana. In hemp, THC levels can only be at .3 percent or less, according to federal law.

Hemp is not new. Hemp use dates back thousands of years in China. Its use in the United States was once relatively common. During World War II, the fiber from hemp was turned into everything from parachutes to uniforms. But, after the war, the wood and textile industries successfully lobbied the federal government to ban hemp cultivation, according to the National Hemp Association.

Hemp has been on the list of controlled substances along with cannabis, commonly known as marijuana, since the 1970s, making hemp farming practically illegal. That started to change in 2014 when the federal government created a state pilot program. In 2015, hemp farming expanded to 1,500 acres. Then, in 2018, a version of the Hemp Farming Act allowed for broader farming of hemp. By 2019, hemp farming had grown to 146,000 acres, according to one report.

There are still some restrictions in places. Hemp farmers can only operate in states that authorized it. In states that have done so, farmers need to be licensed through the state or federal government.

Hemp has a wide range of uses. Hemp can be turned into paper and cloth. The seed can be a source of food similar to oatmeal. Hemp seed oil also is a potential biofuel and can even be used in the construction of buildings and vehicles. In fact, as early as the 1930s, Henry Ford manufactured a car using hemp-based plastics.

There is no denying that hemp and marijuana have some similarities. Both come from the same plant. And the legalization of both has occurred in tandem. But, beyond that, their uses are completely different. One is a recreational and therapeutic drug. The other is a source of food, fabric, fuel, building materials, and so much more.

How Hemp Farming Losses Are Different Than Others

Hemp farmers face insurance losses similar to other farmers. They also have to deal with…